Born into a distant leaf on an overlooked branch of House Medvyed, Uryllia grew up in a tattered sort of luxury that was often more of a burden than a blessing. Her family’s status as the local aristocrats set her apart from others in the village more than her mixed heritage and fey nature. She was a friendly child who made friends easily and although there were some who hoped to use her friendship for their own benefit, she was not duped easily. Those that earned her friendship found her steadfast and loyal while those that betrayed her soon wished to make amends.

Uryllia exhibited her natural talents as a sorcerer at an early age. She was notorious as a child for sending her governess to sleep and heading off into the woods on her own. Luckily the family pact with the guardian fairies kept her safe from the more dangerous forest denizens.

From an early age she had an interest in the wilder parts of the world and knew some day she would leave the confines of home and strike out to make her fame and fortune. She excelled in drawing and cartography, exhibiting an innate understanding of the natural world. Although she trained to use the spear in battle, Uryllia’s skill with martial weapons never matched her finesse with the light crossbow which she found to be a versatile weapon more suited to the dexterity honed by spell casting.

The opportunity to forge a kingdom was well worth the dangers associated with accepting the charter. Uryllia hopes to work with her close allies to develop a land of prosperity and freedom which mirrors the diversity of their group. No matter the challenges, both political and personal, she will hold to the knowledge that “Endurance Overcomes All” as she creates her own legend.

The beautiful sorceress queen of Sairathis 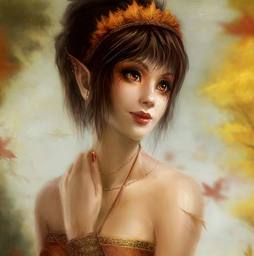